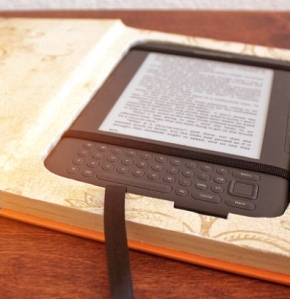 I can’t count the amount of indie books I’ve started but haven’t finished.  I read everything on Kindle now save a few of my favorites like those in my Tolkien collection (I have all hard-bound editions of those).  If I want to figure out whether I want to read a new book, I download a sample from Amazon and then if I can get interested in the first few pages, I’ll stick with it through the sample, and then if I can read the entire sample and want more, I buy the book.

The thing is, most readers today are reading on phones or Kindles or iPads.  It’s not just the young.  My mother is in her 70’s and reads all of her books on her iPad…and she’s an avid reader.

So how can a modern writer write their novel so that it has that un-put-downable quality that forces the reader to finish what they sampled?  I’ve thought up a few tricks to get you started, tricks that I see modern writers using, because the all-important hook is needed more than ever in this age of Netflix and video games that will hopefully ensure that the browser becomes the buyer.

Ok, indie writers!  What are some other methods that you have used to keep the modern reader interested?  Post them below in the comments.

12 thoughts on “5 Tricks to Keep a Modern Reader Interested”